Focus? Did Someone Say Focus?

If you’ve spent some time on this site you may have realized that I spend a lot of time reading and sharing the latest research and studies about focus, attention, and productivity. My friend Carlon, the man behind the very entertaining blog, Don’t Step in the Poop, has written a lighthearted and probably very familiar look at the challenges of focus.  I have reposted it here with his permission, but I highly recommend you head on over to Don’t Step in the Poop for other great reads. Thanks to Carlon for his willingness to share his words of wisdom, and thank YOU for stopping by!

Focus or Fail, by Carlon Haas

To achieve anything: from your big goals to writing a single blog post, it takes focus. Without developing a near mythic sense of focus, you are likely to fail in EVERYTHING you do. The lack of focus is what undoes most people. 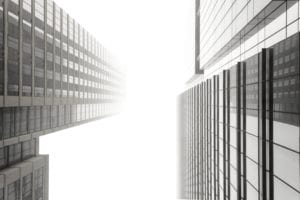 People tell me I’m too focused. Some of the guys on the 4th floor are terrified of the sheer focus and intensity I bring to every task I do.

It’s like this song I once heard on the radio when I was driving to see my mother. She lives in a town that the GPS doesn’t recognize. She told me it was great living out there. But I didn’t see how mowing your grass with a tractor was so great.

My mom used to give me crap about all sorts of stuff when I was younger. I don’t quite remember what she told me because I never really listened to what she was saying anyway. But it had something to do with how my room had lava lamps.

Have you seen the price of lava lamps these days? Geez. Retro is pretty damn expensive!

It’s amazing how much we pay for things that remind us of cheap crap we had when we were young.

I think that’s the feeling that built eBay. Now, THAT’s a business model you should look at. You can make so much money that you can be like the ex-CEO who’s running for governor of California.

That reminds me, when Arnie is gone, will he go back into the movies?

I really liked it when he did classics like “Commando.”

I’m hoping he’ll team up with Jesse Ventura again to do something like Predator.

Maybe it can be about those drones that fly over Afghanistan. Arnie can be this guy who controls the drones and Jesse could be a crazy guy who gets a drone and plans to use it to destroy his ex-boss’ house.

That would be cool as ice.

Wasn’t that the name of a movie with Vanilla Ice?

Is he still boxing?

That reminds me.  I have to be somewhere.